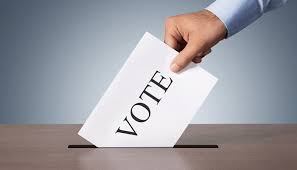 Despite speculation during the lead up to the election about a Labor election win, the Coalition has secured a third term in government.  The surprise Coalition victory will deliver lower taxes and removes questions marks for investors.

The ASX rallied the day after the election  as investors responded positively to the removal of uncertainty and the elimination of the threat of Labor’s less business-friendly policies.

By close on Monday, Australian sharemarket had roared higher, posting its best day in 15 weeks following the coalition’s surprise federal election victory. The benchmark S&P/ASX200 index was up 1.62 per cent, while the broader All Ordinaries was up 1.89 per cent. Saxo Capital Markets, Australia markets strategist Eleanor Creagh, said the ASX200 typically rallied in the aftermath of an election.  “Historically the average has been 3.7 per cent in the 12 weeks post-election, once policy uncertainty is removed – investors crave certainty,” she said

With the removal of negative gearing for purchasers of existing property and reduced capital gains tax discounts off the table, this could be a boost for stocks linked to the residential property market. Property stocks rallied after the outcome. However, Saxo’s Creagh says this could be short-lived, with the housing market still soft and the outlook remaining challenging. “The changes to negative gearing would have incited further pressure into an already weak market,” she said

Jamie Nicol, chief investment officer, DNR Capital says the post-election conditions will be more favourable to allow a bottom to be found in property markets.

AMP Capital chief economist Shane Oliver said “With the return of the Coalition with its more pro-business policies and uncertainty now removed around changes… it’s possible we will see a bit of a short-term bounce in the share market,” he said.

“Against this though the Australian share market has already performed pretty well over the last few months and is likely to be dominated by issues around global trade, slowing growth, interest rates and the iron ore price and so will quickly move on from the election I suspect.”

AMP chief economist Shane Oliver said “Apart from the housing deposit scheme, the Coalition did not promise a lot in this election – which is a good thing – beyond what was laid out in the budget,” Mr Oliver said. “It’s back to business as usual in terms of the immediate economic policy outlook, with modest tax cuts for low and middle-income earners on track for the next few months.”

Tax offsets mean young families will receive a tax cut up to $1080 every ATO tax return for workers making between $48,000 to $90,000, from July of next year.  Higher income earners will avoid the possibility of higher taxation under a Labor government.

AMP’s Chief Economist Shane Oliver said “It’s back to business as usual in terms of the immediate economic policy outlook, with modest tax cuts for low and middle-income earners on track for the next few months.”

“Our view remains that growth will average around 2 per cent in the short term, unemployment will move up to around 5.5 per cent and the RBA will cut the cash rate twice this year to 1 per cent, with the first cut likely next month,” he added.

“Increased short-term fiscal stimulus on the back of a still improving budgetary position (with the 2018-19 budget likely now in or close to surplus) thanks to the still surging iron ore price is on the cards, though, but is unlikely to be big enough or come early enough to head off rate cuts.”

Mr Oliver added that the Morrison government would need to tackle “four key challenges” in its next term in order to improve domestic economic conditions, which he said include: minimising the fallout from the housing downturn to maintain improved affordability without “setting off” another housing boom, getting wages growth up to more reasonable levels, which he said would require getting growth up and underemployment down, addressing the perceptions of unfairness that have grown since the 2014 budget and solving the climate action/high energy price puzzle which he noted “may become essential” if support from independents is required to govern.