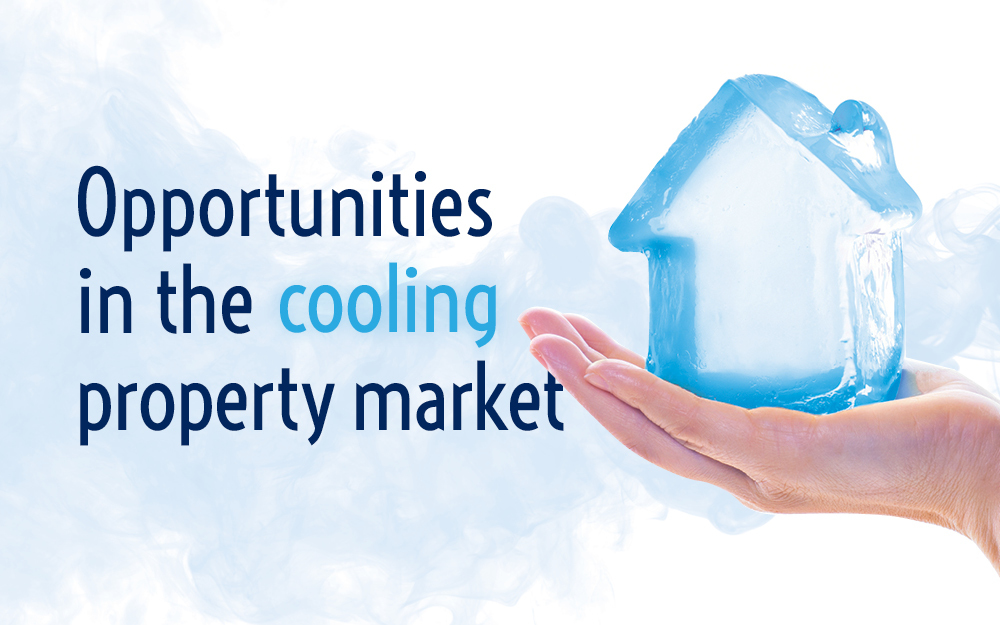 Things are looking up for first home buyers for the first time in years as house price growth begins to slow across the country. While prices have been on the slide for some areas in the West and the North since the end of the mining boom, the housing market in Sydney and Melbourne also appears to be losing steam.

At a national level, house prices were unchanged in October and up just 0.3 per cent over the quarter according to the latest figures from property research group CoreLogic. Significantly, the over-heated Sydney market fell 0.6 per cent over the three months to October, joining Perth and Darwin which have been falling since 2014.i

Hobart is the top performing market, fuelled by mainlanders searching for more affordable housing. Prices for Hobart dwellings rose 12.7 per cent over the past year, although price growth slowed to 0.09 per cent in October. It’s easy to see why people are flocking to the Apple Isle; the median dwelling value of $396,393 in Hobart is less than half what you can expect to pay in Sydney ($905,917) where prices are up 74 per cent since the boom began in early 2012.

Melbourne is the second most expensive city, with an average dwelling price of $710,420. And while the Melbourne market isn’t falling, it also shows signs of cooling with growth of 1.9 per cent in the three months to October and annual growth of 11 per cent. Other capital cities show little change with Brisbane up 0.6 per cent over the quarter while prices in Adelaide rose just 0.1 per cent.
Tighter lending begins to bite
The Australian housing market is a tale of many markets, each with their own supply and demand issues. But there are some common factors at play. At a national level, concerns about rapidly rising prices, risky lending practices and worsening housing affordability prompted regulators to act.

In late 2014, the Australian Prudential Regulatory Authority (APRA) announced that lenders were to limit housing finance to investors to 10 per cent of their total home lending. Then in March 2017 APRA announced a 30 per cent limit on new, interest-only home loans to dampen risks in the housing market.

In April the Australian Securities and Investments Commission (ASIC) signalled a crackdown on lenders and mortgage brokers recommending more expensive, interest-only loans to customers who were often unaware of the risks.
Investors paying more for credit
Lenders responded to the regulators’ concerns by lifting interest rates on interest-only and investor loans. According to comparison site Canstar, the average standard variable rate for investors has grown to around 0.5 per cent higher than the equivalent rate for owner occupiers.

And it seems these measures are working. The number of investor home loan approvals dropped sharply in 2015 and again in 2017, while owner occupier loans have shown a significant uptick in 2017.ii

While tighter lending policies have undoubtedly taken some of the heat out of the housing market, other forces may also be playing a role.
Understanding supply and demand
So far there is little sign of a housing bust in Australia, with significant unmet demand from first home buyers, high levels of migration and land shortages in major urban areas. But when house prices rise as far and as fast as they have in markets like Sydney and Melbourne, it’s natural to expect periodic corrections.

Commentators have been warning of an oversupply of apartments in Melbourne as well as in Brisbane. The Brisbane market has been cooling for some time, and now property values in Melbourne are rising at their slowest quarterly pace since 2016.

Despite the slowdown in price growth, Australian housing is still far from cheap. But with tighter controls on investor lending and continuing low interest rates for owner occupiers, the tables may be finally turning in favour of first home buyers.

If you would like to discuss your property strategy, give us a call.